You Can’t Lie to Your Dog 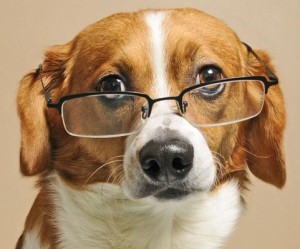 “As I grow older I pay less attention to what men say. I just watch what they do.” – Andrew Carnegie

“What you do speaks so loudly that I cannot hear what you say.” – Ralph Waldo Emerson

People with integrity are honest. They do the things they say they will do. In the human world, we often believe what people say until proven know otherwise. Because humans communicate verbally, we hear what people say and then observe what they do. Have you heard the saying “walking the talk”?

But what if there was no “talk”? What if you learned about people based on only what they do? Welcome to the world of dogs. Dogs trust humans based on their experiences with what humans do. Dogs do what works for them.

Some takeaways:
* You can’t lie to your dog.
* Dogs are pretty smart… maybe smarter than some of our most brilliant business leaders and scholars like Andrew Carnegie and Ralph Waldo Emerson.