How to Help a Fearful Dog 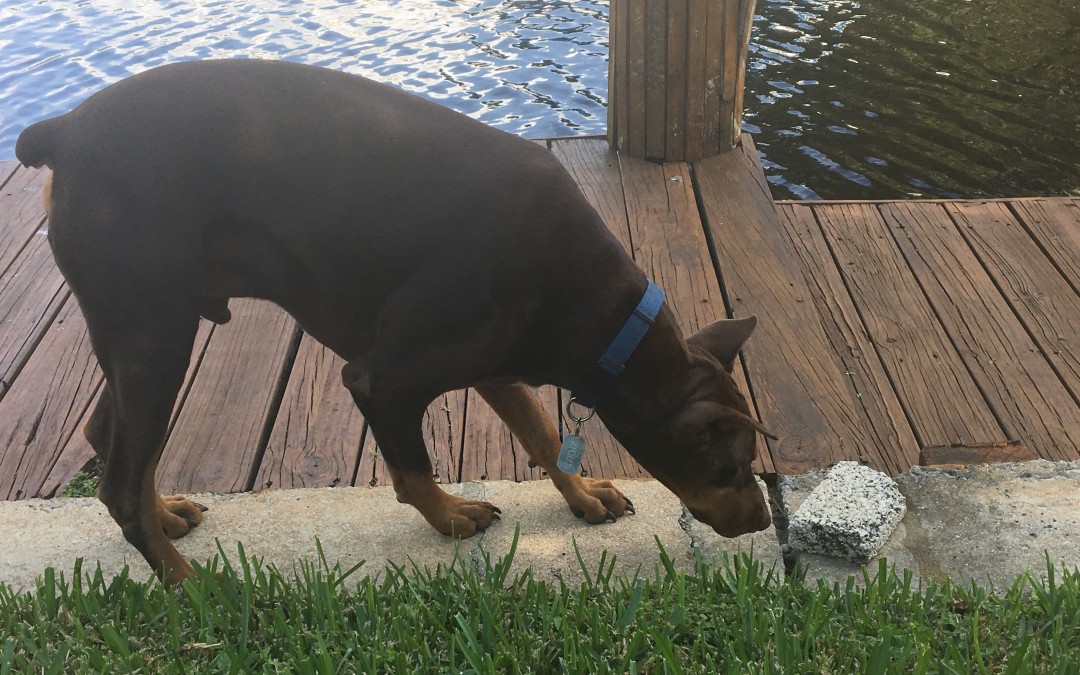 Meet Apollo.  He’s so handsome.  Most of the time he looks confident and strong.  I began working with him on obedience, but quickly discovered that 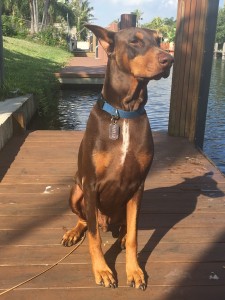 Apollo had some fear issues.  One day at the park and I notice his fear and anxiety toward other dogs, bicycles, and strollers.  As we worked together, I found more triggers that would scare the daylights out of this poor sweet boy.

It’s crucial to work with a qualified dog trainer and behavior expert when socializing a fearful dog.  Intense experiences with novel items or known triggers could further traumatize a fearful dog.

When working with a qualified trainer, your program should include the following elements:

1) Avoid all triggers or novel items that may be triggers unless you are prepared so you don’t further traumatize your dog.

2) Your qualified trainer should demonstrate how to seek potential triggers and keep your dog under threshold (control the intensity of the trigger so your dog feels safe).  Reward the dog when he offers confident behavior.  Be prepared and practice these sessions as demonstrated.

3) Know your dog’s body language!  Know the signs that your dog is feeling stressed, anxious, or fearful.  Follow your trainer’s protocols to dial down the intensity of the situation.  For a free handout on fearful body language, click here.

After working with Apollo and making great progress with triggers like dogs, runners, bicycles, strollers, Segway tours, and many other triggers; I was thrilled with the confidence that Apollo was gaining.  That is until I borrowed him for an afternoon for a photo session with my Christmas tree.  I came to terms with the fact that there are novel items and experiences that exist for Apollo that will send him into panic mode.  What I love is that we both know how to handle these triggers.  Apollo knows that it is HIS choice to interact with or approach the trigger.  I will never force him to do anything.  Apollo loves the sound of my voice saying “Yes”.  This is a marker word for a behavior that I want to reinforce.  I say yes at the exact moment he offers a confident behavior by calmly investigating a novel object.  Why does he love the sound of a “yes”?  Well, he loves me. I have built a trusting and rewarding relationship with him… oh, and “yes” pays.  “Yes” is often followed by running (he loves that), play, or treats.

The first novel item was the Klimb.  It’s a training tool to encourage stay behaviors while the handler is at a distance.  I thought this would be helpful for our photo shoot, but Apollo wanted NOTHING to do with the Klimb.  He ran to the other side of the room when that came out.  Long story short… I offered mozzarella and he was confident enough to allow me to teach him to put 2 front paws on the the Klimb.

After our photo session, we played in my yard.  That is until he saw a cement ornamental border brick on the dock.  He freaked!  Look at this body language and the inner conflict.   Look at the apprehension!  On the flip side, it’s a novelty, so he is attracted to it because he has never seen it before. I’m hoping his prior life before my client did not include a bad experience with a brick.  I suspect it was not a bad experience because he warmed up to it quickly. 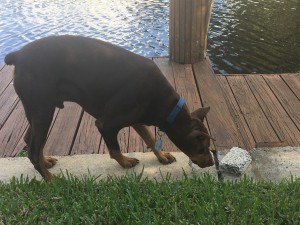 So here’s how it went…  I “yes”ed him for approaching the brick.  I rewarded confident behavior with treats. They became friends quickly.

On another note… the “leave it” cue needs work.  He found a pile of cat poop in the yard and helped himself… Sigh.